This was a photo of opportunity. I was out doing some shopping with my family and we parked near this communications tower.

This is not your usual mobile phone relay tower from the design. It used to have several large microwave dishes on it but they have been removed. The light was good as we pulled into the parking lot and I thought I might capture it but the clouds moved and ruined it. I still thought I had an ok photo though.

I used by new Canon S110 for this photo. I am carrying it everywhere with me since it is so small. I have wanted a point and shoot that will use raw format for some time now.

I still caught the brighter light to the left of the tower where the sun had been. I did purposely process this to look more moody than it was. 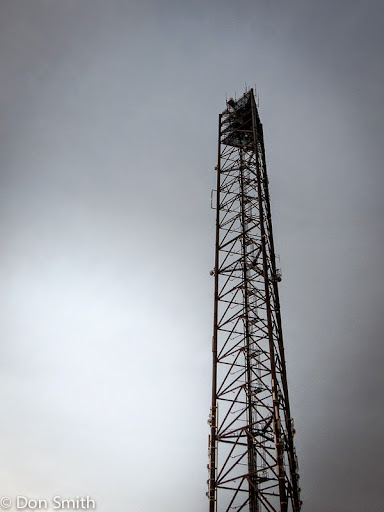